By Hook or By Crook, God Gets Through to Us 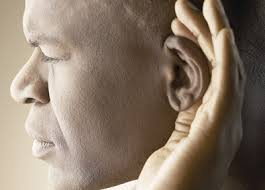 You’d think that being called by God wouldn’t be so hard.   Hearing the voice of God speak—that should be easy, shouldn’t it?     If God can’t communicate clearly—well then who can?

If you and I can’t hear God talking to us—who will we hear?

And yet, it seems, hearing God is anything but easy.    For all sorts of reasons, “picking up the phone” when God decides to call is fraught with difficulty.

Take young Samuel in our Old Testament lesson.  Samuel has at least three strikes against him when God comes a calling.

First, the timing is all wrong.    When Samuel is trying to go to sleep in the temple where he’d been serving under the elderly priest, Eli…..when Samuel was first called by God, Samuel had nothing to compare that with.   “The word of the Lord was rare in those days; visions were not widespread” (v. 1).

The timing was all wrong for Samuel to “get it.”   God came calling in the midst of a veritable drought—a long dry spell when no one was hearing God speak with any degree of frequency or familiarity.   No wonder Samuel missed his cue;   no one was expecting God to speak—folks maybe even thought that sort of business was a thing of the past, never to be repeated again.

Second, Samuel himself wasn’t exactly well-suited for hearing God.   Our text says that “Samuel did not yet know the Lord, and the word of the Lord had not yet been revealed to him.”(v. 7)  Samuel was just a boy, after all.   He brought no seasoned wisdom, no depth of spiritual experience, no training in recognizing the things of God.    The conventional wisdom of that time was that God didn’t usually bother with one so young—God did vital business with elders, those long past their salad days.

The timing was wrong….and the recipient of God’s call was most unexpected….

And then, to make matters worse, Samuel’s guide, old Eli was over the hill, way past his period of useful service to God.    Eli was on the way out—God was removing the mantle of leadership from his tired old shoulders.     Eli’s days were numbered—his sins of omission, his failure to deal with his two rascally sons, was catching up with him.

And yet this flawed vessel Eli was the only one available to coach young Samuel in the ways of God.    It had been a while, a long while, since Eli transacted business with the Almighty One…..and yet even the passage of years had not totally dimmed Eli’s recollection of what to do.

Slowly it came back to Eli what was happening here.     Gradually, it dawned on Eli what was transpiring with the nocturnal pesterings of his young apprentice.

Eli—flawed vessel that he was!—Eli was the only one who could help Samuel—help him hear the rare and precious Word of the Lord.   So Eli coached Samuel, giving him the words, the formula to utter next time he heard the voice that was disturbing his fitful slumber:     Next time you hear him calling say, “Speak, Lord, for your servant is listening.” (v. 10)

Amazing!   You’d think hearing God call you would be easy as pie—like falling off a log.   But nothing could be farther from the truth.    The timing:  all wrong.    The hearer: way too young and untested.    The guide: a has-been, a leader in the process of losing his position, “for cause” no less.

All wrong—all of it wrong—but still God’s voice gets through.

And isn’t that, dear friends, how it always turns out to be?

Somehow, somehow God does get through to us…..and when we think about it, when we look back over how it happened, we’re glad, really, and thankful that it was through struggle that God’s voice was finally heard.

Keith, yours is one of the most striking “call stories” I have ever encountered.   It’s nothing short of miraculous that God has gotten you to this place, this moment, this ministry here as the pastor of Good Shepherd Lutheran Church.

Talk about taking the scenic route, Keith!   From growing up as a Southern Baptist in Athens, Georgia….to losing your faith…“becoming apostate” as you bluntly put it, in your college years.

OK, I guess that sort of thing happens to lots of young adults.  But you took it to the max!  You weren’t just any old garden variety kind of unbeliever.   You didn’t just fall from faith for a brief season—you actively embraced atheism and attempted to bring others along with you, forming a student group that promoted science and skepticism as alternatives to Christianity.   You didn’t just reject Christian faith---you fought against it, even debating the merits of Christianity in public settings.  You were a fighter, a pugilist for paganism!

Wow, Keith!  We white bread upper Midwestern Lutherans hardly ever run into that sort of thing!

And as if your situation were not already perilous enough, you soon descended into a morass of drug and alcohol abuse that left you “lost and confused.”   (Didn’t we just encounter someone like that—the Prodigal Son in last Sunday’s gospel lesson?)

I think I can safely say that at one point in your life, you were about as far away from hearing God call you as you could possibly have been.   Everything was wrong:  the timing—all wrong, you—all wrong, those who were guiding you—all wrong.

God called you to realize (as you have written) “that God allowed [you] to experience the afflictions of [your] life in order that [you might] better minister to those undergoing their own afflictions and better preach the gospel of Jesus Christ.”

The great German theologian Ernst Kaseman once said that the kingdom of God is fashioned from raw materials that are fundamentally useless.

God saw you, in your own depths, and it’s as if God said:  “Oh good!   Some wonderful crooked lumber, some flawed building material—my favorite kind!”

And so the call of God found you, Keith, revived your faith and convinced you that God had use for you—to turn you into a preacher and pastor, and to find your way from the hill country of Georgia to the lake country of northern Minnesota.

Who’d a thunk that could ever happen???

None of that came easily or automatically.    At times, everything seems to be wrong—the timing, the hearer, the guide….none of them are what we were expecting them to be.

And yet maybe, just maybe, those times—when everything seems most wrong—will be the opening, when God speaks most clearly and winsomely.

But really now—should that surprise us?   For we follow and we belong to the God whose presence and identification with us has come through most memorably in that cry of divine absence, our Lord Jesus on the cross, crying out to the heavens:  “My God, my God where are you?  Why have you abandoned me?”

God is faithful, and God will get through to us.  Of that we can be sure!

This same God has called you here and now, to bear his Word and help others hear it.  The timing will not always be perfect.  The hearers of the Word will often be distracted.   And you, Keith, would-be guide that you now are--you may be better than old doddering Eli….but you are not perfect…

And that will be fine, because what we’re counting on is that nothing will ever stop God from doing vital business with us, cleaning the earwax out of our ears, naming and claiming us in Christ, and calling us to be and to go wherever God wants us to.

In the name of Jesus.
Amen.

Posted by Larry Wohlrabe at 4:24 AM